“I told them George is my brother.  Just go with it.” 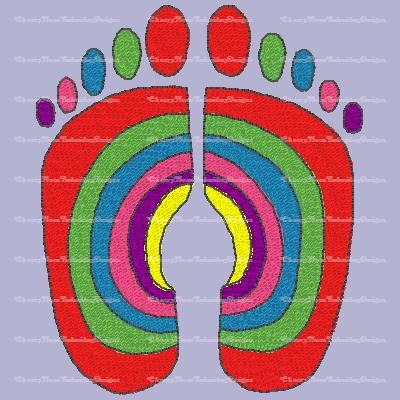 Today was Jessie’s first day of ESY: Extended School Year which is a thinly veiled euphemism for summer school.  The profound dyslexia with which she struggles forces her (and, um, me) to relinquish three hours each morning for the month of July to the 1,000 degree halls of a local school in an effort to maintain all that she has impressively learned this past school year.  This is her third, and hopefully final, year of the program and she has her feet on the ground knowing that it will ultimately serve her well.  She does not, however, look forward to going.

In anticipation of the start of class, last week I took great pains to be sure to actually speak, and not just email or voicemail message, with the head of the program to ensure that the teacher and any other professionals knew that “George” of summers past is now Jessie.  Not surprisingly, they were not only aware, but were fully prepared to welcome her with open arms.  Following the conversation, I wiped the imagery sweat off my brow and readied the two of us for another month of school. It is always my goal to try to get ahead of any potential issues surrounding the transition from George to Jessie and I actually take pride in consistently being ahead of the curve of most experiences, ESY among them.  File this one under: oops, forgot about the other kids.

It was mere moments after we arrived at school before we walked (literally) into Sasha, a forgettable and benign girl who attends a different elementary school in town but has, for the past two summers, been in Jessie’s class.  (Well, technically, she had been in George’s class, since Jessie did not exist last year at this time.  Strange, right?)  Not surprisingly, she looked at George/Jessie with a dropped jaw and a gazed-over look of confusion.  CRAP!  I had forgotten all about the other kids in class.  I slightly frantically caught Sasha’s mother’s eye and quickly realized that she was far more concerned with finding the classroom and dumping, er, dropping Sasha off for the morning in the sweat-hall than taking much interest in what was happening. That was fine with me as I was only concerned with leaving before a.) This became an issue and, b.) I started to sweat. (I hate to break a sweat any time that isn’t expressly meant to be counted as exercise.)  I picked up the pace a little and managed to avoid meeting up with any other summer school regulars (a motley crew, for sure) and got Jessie settled into her classroom (with the thermometer reading a hefty 86 degrees) all while avoiding being forced to interact with anyone else.

Fighting hard against the perspiration that was threatening to coat my skin (no, really, it was 86 degrees in the classroom), I did manage to spend a few minutes chatting with the teacher and confirmed that she knew the story behind my little beauty.  I also might have blurted out something along the lines of, “oh, shit, I totally forgot about the other kids who she knows from past summers…so, uh, good luck with that” before I quickly (but not too quickly so as to avoid breaking a sweat) left the building.

Three ridiculously short hours later I went to retrieve Jessie (who was, thankfully, brought out to the car.  The air-conditioned car.) and, like any mom, asked how her morning had gone.  Aside from the thick layer of translucent beads hovering over her lip and the shiny sideburns (she is my child, after all) she was all smiles and reported that she loves her teacher.  Phew.  I waited a few minutes while she quenched her thirst by draining what was left in my (greatly diluted from the melted ice) Diet Coke and turned the a/c fan up so high that her hair was blowing off her face as though in a wind tunnel before inquiring as to whether any other kids had been thrown by her new appearance.  She casually said that there were three kids in her class from last year.  One didn’t seem to notice the difference (um, the summer school crowd ranges from the “mildly” to the “dire” in terms of their needing summer schooling) and the other two, who continually called her George, were quickly quieted by her statement: “George is my brother” which, by some strange miracle, seemed to placate them.  I am guessing, however, that they are still scratching their heads and trying to figure out what the hell is going on and who the hell is Jessie.

Technically one could consider her response to be deceitful.   And, in literal terms, it was.  However, I cannot help but applaud her quick thinking and appreciate the pleasure she seemed to derive from acting on her feet.  When she told the story to me, she added (with impeccable timing), “just go with it” with a sweet smirk which made me laugh.  I love when she makes me laugh.  I love it even more when she is comfortable in her own skin.  And ya wanna know something else?  I kinda got a kick out of the fact that someone else is shuffling from foot to foot trying to gain some balance.

19 thoughts on “Some Fancy Footwork”