As if I needed further evidence that I never have any clue as to what a day is going to hold, today will likely become one for the record books.  Unrelated to the experiences of my transgender child or any of the other three billion moving parts that I call my life (or is it?), here is one that I would venture not a single one of you woke up this morning and thought might happen to you…or anyone on the planet.  Ever.

First, let me provide you with some background.  Several weeks ago I dutifully arrived at my annual dental cleaning appointment having recovered (physically and emotionally, that is…financially, not so much) from my broken crown of a month or so prior.  I assumed the position in the chair, had an uneventful scraping, cleaning and polishing along with a few overdue x-rays.  It wasn’t until the hygienist summoned the dentist to do a quick check that the issue of a “pocket” on the lower right side of my mouth came up.  Again.  In fairness, the dentist had mentioned it a year prior but, given the fact I had no pain, and he expressed no urgency, rather a mild suggestion that I visit a periodontist, I did what any one of you would do: I ignored it.  Why dive into something that is going to suck emotionally, physically and financially when I can wait until I am pushed?  Right?

This time, in keeping with the dentist’s slightly more urgent tone, I did the adult thing and made an appointment with a periodontist that my dentist works with frequently for the following week.  Despite not wanting to, I kept the appointment and succumbed to an extensive check of my gums which revealed the necessity of one implant which would require an extraction, bone grafting, giving blood ahead of time and a new crown as well as the need for “root lengthening” on the other side.  In other words: $7,000 in work.  (This might be a good time to go off on the complete worthlessness of dental insurance but I will not bother.  Too aggravating.)  I left his office nauseated at the thought.  It actually took me days to finally tell Rich about it because I knew that the only thing worse than the nausea I had around this information would be the nausea it caused him.

Around the time that I got this information, I was reminded by a friend that her husband is a periodontist and would be happy to see me and assess the situation: a second opinion.  Sounds great, let’s do it.  Well, today was the day I was scheduled to see him and fighting the urge to do what I get the urge to do every time I have a dentist appointment and cancel; I got Jessie off to her morning activity and headed into his office.

This doctor/friend’s office has a sleek, well-appointed, state of the art feeling – like a glimpse into the future.  A study of silvers, grays, blacks and glass one takes notice that the attention to detail and professionalism are of utmost importance.  After being shown clean, heavily laminated information sheets which would require my acknowledgement of their having been read, I was escorted to a conference room in which my signature was electronically captured and the doctor/friend’s husband came in to greet me.  It was clear to me that this was not a stop added for my benefit, rather a standard office procedure.  This is a classy joint, boys and girls.

Fast forward to the actual exam during which it is determined that it would be beneficial to gather one more x-ray…no big deal.  The dental assistant, who had clearly executed many, many x-rays in her career inserted the film into my mouth and appropriately swung the arm of the machine across my face so that it would reach to my right cheek.  And then came the moment that no one would ever expect.  Ever.  The machine pulled away from the wall much like a child’s tooth that is about to fall out but is still hanging by a tenacious root, and landed squarely on my face.  Yes, you read that correctly: the x-ray machine landed on my face. 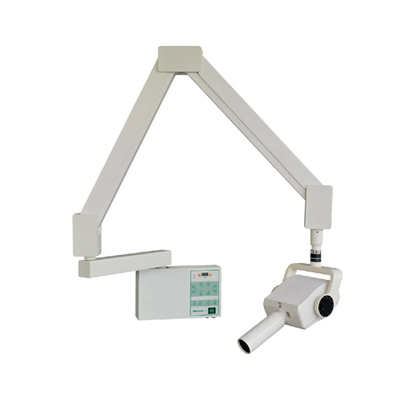 As I am sure you can surmise, en masse we were immediately thrust into several moments of insanity (paralleling my life?).  As the assistant valiantly held the bulk of the weight of the machine off my face, called for back-up and ignored the pain that was growing her in forearm due to the awkward position and heft of the machinery, the doctor/friend came running in, attempted to push the pile of metal pulling from the wall back to its assigned spot only to have it fall off into his hands, complete with sparks and smoke.  It was truly surreal.  And, during the whole thing all I could think of was that I was supposed to (no, I had to) pick Jessie up in 30 minutes and was not going to make it there in time.

Responding more to the shock and fear than the pain (at the point) I felt my usually dry eyes welling up and I announced that I was about to cry.  Given the go ahead to do just that, I let the dam open and sat, ironically reclined, and wept.  Here was yet another experience that no one ever thinks will happen (to them or anyone else, for that matter) over which no one had any control.  Welcome to my world.

Even as it was happening, I could not help but align it in my head to the abrupt changes we saw in Jessie in the days immediately following her having discovered that “she was not the only one” who felt as though she was a girl in a boy’s body: one second things were sort of normal and the next I found myself in a different universe.  Once it was my son proclaiming to be my daughter, this time it was a solid, well-built machine sitting on my face.  Perhaps the association sounds strange to you, but in my (recently bashed) face it was so vivid as to hurt.

The entire office surrounded me providing emotional and physical support.  In a stroke of good fortune, the patient in the room next door happened to be an ER doctor and graciously did a quick neurological exam to ensure that I wasn’t going to seize or some other horrific something.  (Had that happened, I am quite certain that it would have been what officially put me over the edge.)  With a frantic calm, I called Rich and tearfully relayed what had happened and told him that he needed to go get Jessie.  “WHAT fell on your face?!!?” was all I heard him say.

Once I got my bearings and it was agreed that I was not in any kind of imminent danger (there was surprise that I was walking out and not being taken out on a stretcher.  I am awesome that way.) I cautiously made my way to my car and sat, head in hands, sobbing.  I pulled myself together, started the drive home and called my mother (who, at first, thought I said that the machine fell on my feet…) who let me cry some more.  She also asked the question that immediately occurred to me: was my nose okay?  (It seems to be) since that is the second most likely thing that could force me to call it a day already.

p.s. Once I got home I went directly upstairs, crawled into bed and slept for three hours.  I am sore but not yet bruised, but, according to the doctor/friend who has already called: he is completely positive that there will be swelling and a big ol’ bruise sometime in the next day or so.  I can hardly wait.

p.p.s. I told the doctor/friend that he should give the assistant the day off.  I think she was even more shaken up than I was…and I have no idea what other crap she might be dealing with in her life.  That’s just how I think these days.