Although I had been gently messing with it for several years, actually changing history was a way bigger (emotional) deal than I had anticipated.  Ultimately, all it took was a few precisely worded documents, a very specific notary stamp and less than $50 (if you don’t count the retail therapy I might have engaged in) to erase all signs of George R. Ross having ever existed.  First came the legal name change.  Then the social security card.  And, finally, the birth certificate which now reads: 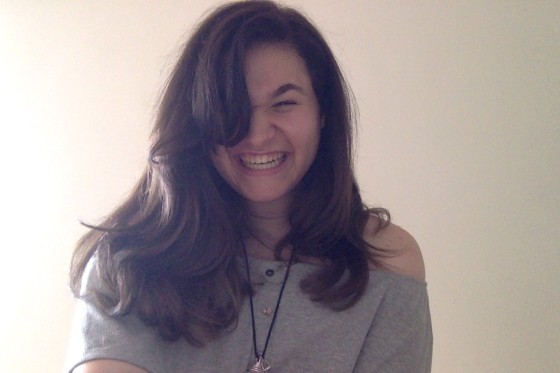 It was six years ago today that my wild, hysterically funny, often impossible to deal with mermaid, Barbie doll and wig-loving little boy tearfully told me, “my whole life I’ve wanted to be a girl.”  And, boom, everything changed.

The social transition was immediate and relatively simple: grow out the hair, buy some new clothes, change pronouns and, oh, yeah, let them know at school.  I was totally on board, tearing up the girls’ department at Target, treating my new daughter (a word it took me years to use) to more than a few haircuts with my hairdresser and even a manicure here and there.  “I got this” I told myself over and over again…often in the middle of the night when I had jolted awake in a panic over what life was going to look like for my kid.  On the daily people would tell me I was awesome.  I wasn’t any more awesome than anyone else would have been.  In fact, I was far more freaked out than I ever let on.

After a few years of what was essentially playing house, Jess pushed (translation: really, really hard) to begin medical intervention.  I just couldn’t get my head around it.  Everything still felt much more surreal than it should have.  While my panicky awakenings had died down a bit, I still cop to not being totally convinced that this was the real deal.  I am not sure if my trepidation was fueled by any dimension of reality, but I was steadfast in my insistence that we revisit things in a few (and then a few more) months.  In fact, it wasn’t until this calendar year that I felt comfortable enough to agree to meet with the gender specialist and see what was what.  And I dragged my heels.  And I freaked out a little.  And I might have cried a few times.  But in the end, we hopped onboard.  It is the happiest I’ve seen Jess since the first time she went to school decked out in pink, purple, orange and green pajamas.

Although school had happily addressed her as “her” and, more specifically, Jessie, I still needed to make it legal.  I’ll tell you the truth: when that name change came through, complete with the state seal, I was entirely certain that I was going to be named Mother of The Year.  Sure, I could change her name (to anything I wanted – Jessie Mermaid of the Sea, perhaps) but it didn’t really mean much other than me kicking the can down the road.  But, out of respect for my own process, I left it at that.

Suddenly and inexplicably, Jess was about to turn 16 and turning 16, if you are my spawn, means getting your driver’s permit at the first possible moment.  And getting your driver’s permit requires three things: passing the test, handing over the cash and, the kicker: a birth certificate.  Damn.  You see, when you change the birth certificate (stop and think about that for a moment…literally changing history) you also have not only the opportunity, but the obligation, to change the gender.  And that’s precisely what I (with medical professional support) did.

(Not gonna lie: it knocked me for a loop.  Fortunately, I was able to collect myself with the aid of a tried and true remedy…a gigantic ice cream sundae.  This is the actual sundae…before I inhaled it. )

This ice cream thing is nothing new:

Last night, I, along with Barry, my ex-husband, Rich, and his girlfriend Maria, as well as Barry’s parents and Maria’s daughter, all went out to dinner.[2]  We had two gifts – one from Rich and me, the other from Rich & Maria and me & Barry.  The first was a framed copy of her new birth certificate.  The second: a silver necklace with her new initials on the front and today’s date on the back.  I would argue that it was the second happiest moment of her life.

Being transgender is not for the faint of heart.  Parenting anyone of any gender is really not for the faint of heart.  I still worry about what life will look like for Jess.  But not that much more than I worry about how it will look for Harrison or my stepsons.  There is a fabulous, outrageous, funny, complex, complicated and exciting world out there and, as long as she remembers that it doesn’t matter if she is a boy, a girl, a dog or a Martian…but never an asshole, everything is going to be just fine.

If anyone can say this, it’s Jess.  Happy birthday, awesome daughter of mine…

[1] Named for my grandpa whom I adored, the name George was wildly important to me.  Jess, because she is a rock star, kept it as her middle name as a thank you to me.  It doesn’t get much better than that!

[2] Divorced friends: once you’ve allowed enough time to let go of the bitter and resentful feelings, if there is any way that you and your ex can do this, please do.  It means the world to the kids.