I don’t have to tell you that last week there was yet another school shooting.  That makes 22 in just 20 weeks of 2018. And of those 22, exactly none of them have been addressed in either my kid’s high school, or in the 5th and 7th grade schools of my stepsons.  Horrified by this administrative decision to pretend something didn’t happen, I conducted a highly unscientific poll of friends with kids in the K-12 range: Of the six respondents, only one said that their school even mentioned this latest massacre.  And while this is the most cataclysmically ill-conceived decision I’ve ever heard, it is not all together surprising.

Back in February, the high school parents received an email from the principal.  It was short and sweet, the most meaningful words being:

Arrest in the parking lot, no one was in danger, everything okay now.

It was the most cryptic piece of writing I’ve ever seen.  As such, the chatter on social media, at Starbucks, in the school pick up line was so rampant as to be (almost) comical.  In response, I penned what I like to think was a well written email, pointing out that perhaps a little bit more information would be helpful but, now that I knew the incident involved a non-student shooting up heroin as the kids were piling into school, embroidered LL Bean backpacks in place, all was right with the world.  Perhaps, I suggested, this could be used as a teaching moment, made into an opportunity for discussion about any number of issues: like heroin at the ready, say.

Thanks for your email.

(No, really.  That was his response.) 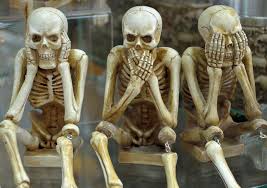 So, here we are, post Sante Fe, Texas.  Clearly if they are not going to address someone shooting up heroin in the parking lot they sure as hell ain’t gonna talk about shooting up a school.  You know, the one with your kids in it.

While I appreciate that the kneejerk response might be to just keep everyone moving along, nothing-to-see-here, the truth remains: no one is entitled to pretend it never happened. Not the principal.  Not the teachers.  Not anyone.

After Parkland, I asked the Assistant Principal why (on earth!) there was radio silence on the subject.  She told me, very matter-of-factly, that the faculty and staff had been pre-emptively instructed to shut down any conversations about this (or any other) school shooting… to, you know,  prevent things from “getting political.”

What the actual fuck?

It’s pretty safe to say that kids, particularly high school aged, when given the opportunity to talk about this gigantic elephant-in-the-room-that-no-one-is-talking-about, would be far less focused on the gun control issue than in their own personal fears and sense of safety. They are, as any school teacher or administrator can attest, pretty self absorbed creatures, after all.  I’ll go one step further:  This might be the very reason there are kids who are going to school armed, dangerous and with a mission.  No one is listening to them! 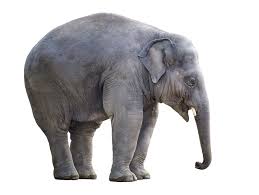 When robbed of the opportunity to talk, express feelings and process something that has happened, people have no choice other than to rely upon their own devices.  And, for kids, those devices are immature, unsophisticated and often inaccurate.  So they are left talking amongst themselves.  They are fearful – even the ones who don’t come out and say it.  The silence from administrators and teachers is deafening.   The adults, the same ones they look to for guidance and mentorship are not doing their job.  By making a conscious decision to shut down any discussion – even a highly moderated one – we are all failing our children.  Further, the deliberate absence of acknowledging what has, and continues to happen, is an insult to kids – they know just enough to be dangerous.  Very dangerous.

Newsflash: The act of pretending something didn’t happened never made anything “un-happen.”  As in ever.

Our children deserve to be heard.  Just ask Dylan Klebold or Eric Harris or Adam Lanza or Nickolas Cruz or Dimitrios Pagourtzis.  Or, better yet, ask their parents who, I have to assume, wonder what would have been had their children felt heard.

Final thought: Imagine you are a coat room attendant.  Over the past five months, a coat room attendant has been shot, while just doing their job in the coat room, an average of once a week.  You’re probably feeling anxious, on edge, concerned, confused and maybe even a little unhinged.  Which would you prefer: a forum to talk about it or to pretend it isn’t happening?  (Allowing time for you to think….) Ah, right, that’s what I thought.

Now replace” coat room attendant” with our kids and “coat room” with school.

You can yell at me.

You can call me a bitch or a jerk or a shithead if you want. (But please don’t tell me I look fat: that slays me.)

You can tell me you think my outfit is ugly, my hair is too big or my opinion is stupid.

You can even tell me that I out and out suck.

For starters: I will always find out the truth.  Trust me.  And if you don’t believe me, ask my kids.

I promise that, every.single.time, I will be far more incensed by a lie than anything you might have done that you felt the need  to lie about.

And, remember, there will never be an instance where I don’t eventually learn the truth.

I will even give you repeated opportunities to come clean.  In fact, I will give you more than the average bear. Way more.

My superpower: I always find out the truth.

In my world, lying is the worst.

Little white lies: “I wish I could come to your Pampered Chef party but I have to wash my hair…” or “Don’t worry, no one else heard the little toot that slipped out…” : those are cool, bring it!

And it pisses me off beyond belief.